The movement CITIZENS TAKEOVER OF EUROPE emerged in the spring 2020 to promote a forward-looking and citizens-centered European participatory democracy within a successful Conference on the Future of Europe, that puts citizens at the heart of the process."

This international conference was scheduled to start on Europe Day last May 9, 2020, for a two-years long discussion on how to proceed with European unification.

The idea of ​​the conference began in a public letter that the French President Emmanuel Macron addressed to the "citizens of Europe" a few weeks before the 2019 European elections, suggesting to "organize a European conference to propose all the changes necessary for our political project, without taboos, including a revision of the treaties". After the 2019 European elections, the designated Commission President Ursula von der Leyen (CDU/EPP) adopted this idea in her political guidelines.

However, with the COVID-19 pandemic, the start on 9 May 2020 had to be postponed on account that crisis management has higher priority and the Conference on the Future of Europe (CoFoE) could be dealt with afterwards. In addition, the European Parliament called for a “listening phase” prior to the conference. By starting it in 9 May 2021, organised civil society will be able to start the necessary debates months before and reach out to society to raise awareness for the importance of the CoFoE.

The CoFoE is meant to bring a “new push for democracy”. But what exactly does that mean? According to Daniela Vancic, the European Programme Manager for 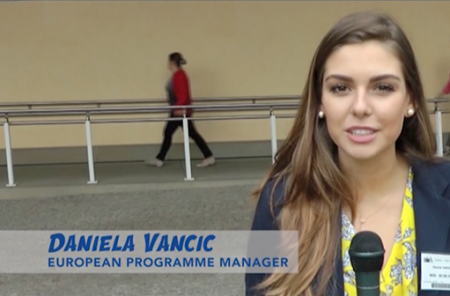 Democracy International, «the words “treaty change” were never dared to be uttered by the [European] institutions and considered it a Pandora’s Box of bureaucratic, procedural, and legal hell. That changed overnight, when the EU’s top chief said treaty change was on the table at the CoFoE, where citizens would be brought into the EU policy-drafting process using randomly-selected citizens’ assemblies.» Democracy International is promoting a de facto and a much-needed Europe-wide debate on the direction of the European Union. Their goal is to lobby through public opinion to have «a series of events leading to a self-organized CoFoE». And they firmly emphasize: «When institutions do not take the initiative to run the citizens-led conference we need, then we will happily lead by example.»

In following that goal, Democracy International is one of 15 organizations in the movement CITIZENS TAKEOVER OF EUROPE, an initiative the Participatory Democracy Cultural Initiative (PDCI) is also backing and spreading its principles and goals through our WEB pages. Citizens Take Over Europe emerged in the spring 2020 to promote a forward-looking and citizens-centered European participatory democracy, and «to develop and advocate for key criteria for a successful Conference on the Future of Europe, that puts citizens at the heart of the process».

For that purpose, this movement is organizing on July 1st 2020, at the occasion of the beginning of the German EU Presidency, «an open, digital, participatory conference that will present and discuss a blueprint for a successful citizens-centred Conference on the Future of Europe. We will also organize meaningful conversations about the future of democracy and of our lives after the Covid-19 crisis in Europe.»