Eight years of civil war. After half a million deaths, with 11.6 million people forced from home, what is daily life like inside Syria now?

February 28.– For most Syrian families, the nightmare of constant bombing and gunfire has ceased. The government has largely retaken control, except for a last opposition stronghold around Idlib. But those who survived the shelling and snipers must now survive an uncertain peace.

With unexploded ordinance still littering Aleppo, only the main streets are safe, especially in the east. The UN deems the situation too risky for people to go home. Yet Caritas is witnessing an upsurge in returnees to Aleppo, with 2.25 million people in dire need living inside the gutted buildings.

While many aid agencies are pulling out of the city, Caritas Syria has started its next three-year, €4.1 million project for Aleppo, aimed at reaching 70,000 of its most vulnerable residents.

Caritas is working across political and religious divides in a country split by civil war. “We are all Syrians,” points out Hanan Bali of the Caritas Aleppo team, explaining how their work is dramatically improving relationships between Christian and Muslim communities ... 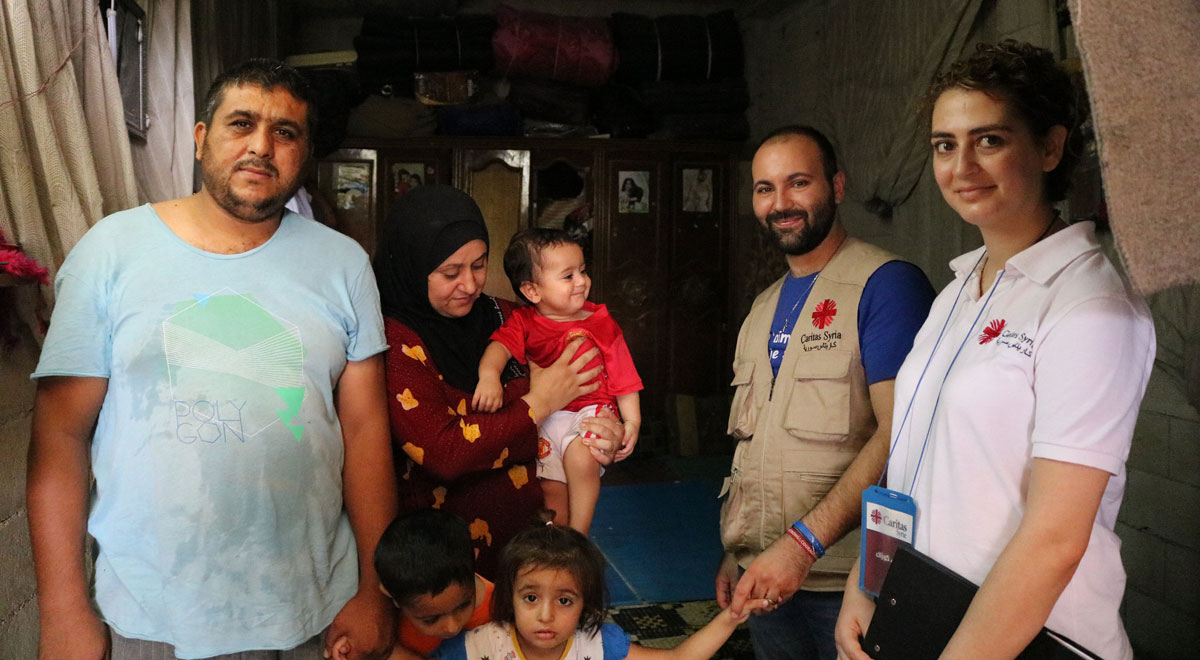